In recent years, there has been a growing amount of people that have started using herbal medicine to treat their diseases and its symptoms.

A big part of this community believes that with the use of medicinal plants, you can treat an illness or combat its symptoms.

Kratom and Marijuana are the two most popular names amongst the people who have taken to using the medicinal plants to treat their sickness. 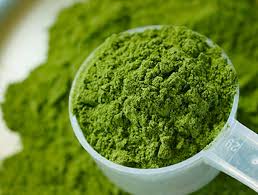 Kratom, or Mitragyna Speciosa, originates from Thailand and other areas in the South-east Asian regions like Indonesia and Malaysia.

It is from the same plant family, Rubiaceae, which includes gardenia and coffee. It is an evergreen tree that people cut down and use.

Its leaves are used in teas, capsules and eaten in its raw form. It is used all over the world to treat pain, help in withdrawals of other drugs like narcotics and for its stimulation qualities.

If you consume it in low quantities, it would merely stimulate your brain and body. If ingested in higher amounts it can have effects like anti-depressants and cause a euphoric sensation. 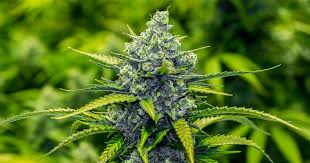 When the leaves and flowers of the plant Cannabis sativa are dried, mixed up and shredded it is called marijuana.

It is used medicinally in the form of teas brewed with the leaves and powdered form added in food items like brownies.

The primary purpose of medical marijuana is to relieve pain or stress. It is advised to be taken in light doses as higher doses can cause hallucinations and other side effects.

The chemical delta-9-tetrahydrocannabinol (THC) is the one responsible for creating the intoxicating effects, and people can even get a bit addicted.

Many people have started taking these medicinal plants together in the hopes that it will be more efficient to combat any pain or stress they are feeling.

Although the mixture does end up being more potent than any single of them, it is recommended that you fully research about the side effects before you administer a dose of both together. 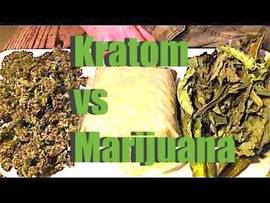 In past years Marijuana was just a harmful drug that was affecting the youth negatively.

After a lot of research and awareness, people have started understanding that it can be used for treating pain and is effective in doing so.

Recently, United States made the use of marijuana legal in 20 states like California and Massachusetts.

That has caused many drugstores and dispensaries to sell weed as medicine to people that need it.

Kratom, in a similar fashion, was hidden from most of the world as an effective pain and stress relieving drug. It was used only in some South-east Asian countries and not very famously.

The recent awareness of herbal remedies has caused Kratom to rise to fame and be taken seriously as a medicinal herb that can treat pain.

Now it is used widely legally and as an herbal remedy for multiple reasons.

It seems like the new trend of finding more organic, and natural alternatives to food have transferred to medicine as well.

More and more people are drifting to the herbal side of remedies. They now want something that is more natural and prefer it to a factory and chemically produced medicine that does more harm than good. 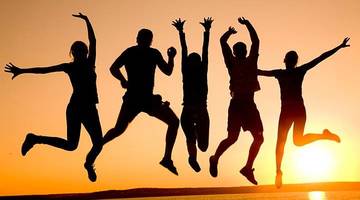 Both Marijuana and Kratom are very different plants and not just in their biological makeup but also in how they affect people.

Marijuana is commonly known to create hallucinations and cause a user to have psychedelic thoughts.

Kratom is not known to have any such effects and causes no hallucinations. However, the plants also share many similarities in how they affect people.

Both plants are known to cause relief from pain in a body no matter how strong it is. They cause tense muscles to relax and not be in stress.

Many people who take these herbal remedies use them for stress and anxiety issues.

Even though it may not seem like it but stress and anxiety can have adverse physical effects on a human body. To combat these issues and get relief, people often use marijuana and kratom.

It is recorded that depression affects 6.7% of the adult population of the USA every year.

That has caused people to look for treatments and remedies that are more natural and don’t just numb the mind as some anti-depressants do.

Kratom and marijuana both are extremely effective in treating signs of depression and cause the person to feel happier and more euphoric.

That is why it is advised to be taken in small doses otherwise it can be addicting.

These plants are also known to help treat the painful symptoms of sicknesses like arthritis. It soothes the patient’s aching joints and muscles.

Both plants are known to cause your body to relax completely and lose all the tension in your muscles which can cause you to sleep.

People who are stressed most of the times or are unable to sleep may find help thanks to these medicinal plants.

Even though the plants can be slightly addicting, they have never been proven to be dangerous to a person’s health.

That is the reason why people use them to treat little problems like stress or a back pain, and for more serious illnesses like cancer and the pain it causes to the individual’s body.

Can they be used together?

If you are wondering whether you can combine the two and use them together then the answer is yes, you absolutely can.

There are no glaring harmful effects of using the two herbs together and can be used without fear.

However, you should ask a physician about the dosage and how to take it because it is important to have the two balance each other out.

Another thing to keep in mind is that both the plants can cause two several types of reactions; either you will be extremely relaxed or very active.

Which is why you should combine the form of Kratom that would balance the kind of weed used.

For example, you could get a Kratom that causes you to be active and mix it with a type of marijuana that would soothe and relax you.