Red Borneo kratom (Mitragyna species) is a strain which is extracted from kratom, a tropical tree which grows in Borneo, an island near Southeast Asia.

Stuff like red Borneo kratom is extracted from the leaves of the tree.

It is used for several problems in which the body needs to be relaxed. It is used as an anxiolytic, antidepressant and to achieve a euphoric state. 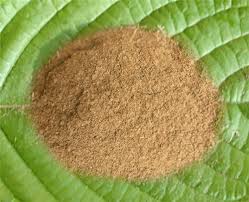 Red Borneo kratom strain is used for the purpose of pleasurable feeling and relaxed state of mind.

It does not provide a stimulating experience.

It will relax the mind but it will not put the person to sleep. So it is a mild relaxant.

It may affect the release of dopamine in the brain.

This release results in the good mood, overall well-being and euphoric state of the person. It also reduces anxiety levels of the person and thus it is also used as an anxiolytic.

It is used to cure the withdrawal effects of opioids. It is used as an anxiolytic in the place of other harsh anxiolytics, but one should always refer his doctor before making such changes in drugs.

Red Borneo kratom is also a mood booster and some people use it in place of the prescribed anti-depressants, but this should not be done as this red Borneo kratom is not a long-term of a permanent solution to depression or anxiety.

Doctor’s advice must always be followed.

Common side effects which are encountered by the patient from its usage occur when this herb is taken excessively.

The person may experience nausea, vomiting, decreased libido, dry mouth, dizziness, and constipation. If this drug is used excessively, the person can become addicted to it.

Overall it is a safe herb to use as a drug for mood-boosting, relaxing and feeling good but it should never be used as a replacement for any other drug without doctor’s advice.