If you have already travelled to Canada, you must have noticed a fruity smell in the air. However, you must be wondering that what is this smell from? It’s weed!

Canada is perceived as a country of geniuses who produce the perfect hybrid strains of marijuana which are famous worldwide. Canada is well-known for producing the best quality marijuana strains but few of them are the strongest and the most potent ones which are discussed under this topic.

The top 10 strongest marijuana strains are the ones with high THC level i.e. around 35% which makes them the strongest strains of the world. According to different research, people suggest that the Cannabis plant can produce little amount of THC.

God Father OG is considered as one of the most potent forms of marijuana strain according to the High Times. It is a dominant Indica Hybrid which has 34% THC level in an activated value.

The God Father OG is a combination of OG Kush, Cherry Pie and Granddaddy Purps which is cultivated under the California Herbal Remedies. God Father is also termed as “Don of all Kush” marijuana strains. This typical marijuana strain has 25% THC.

You must be thinking that it has high strength but what about the quality, you don’t need to worry about that as God Father OG has a standard quality. When this strain is consumed, it hits the cerebral high and leads to euphoric effects. It results in happy feeling and offers magical effects to the body. The strain results in a complete relaxation with its high potency.

It is considered as one of the most popular strains. Gorilla Glue is a high-yielding 50-50 hybrid with good potency. It is a combination of Chocolate Diesel and Sour Dubb. The name of the strain is due to the fact that the buds of this marijuana strain are hard to break up by hand and they are one of the stickiest buds.

The bud results in a high feeling which is comfortable and offers the pain-relieving effect. In the past few years, this marijuana strain reached 30% of THC, but the standard bud usually has a range between 24-28%. The strain has an earthy aroma which results in a full-body stone, a permanent feeling which stays for an hour or so. 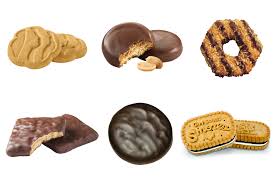 Girl Scout cookies have taken the world by storm. It is a delightful Indica-hybrid which is a combination of OG Kush and Durban Poison. This hybrid is full of flavours which is why consumers have a temptation to be carried away with its amazing taste.

It has a TCH level of around 28%, setting high standards for the competitive hybrids in the market.

Girl Scout Cookies offer a perfect cerebral experience, with instant euphoric and uplifting effects. It provides your body with a complete relaxation. This marijuana strain is an amazing daytime toke for consumers who are experienced.

It was difficult to find White in the past. However, when this hybrid strain was all around, it gained popularity due to the amazing effects. The White strain has around 18-29% THC due to which you can consume the strain alone or utilize it in the breeding projects.

If you are lucky enough to have a strain with 29% TCH then you can achieve the full buzz within minutes. The White is believed to serve as a heavily-medicated stone which might leave you in couch lock, allowing your mind to enjoy things freely. 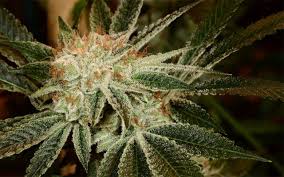 It is considered as an offspring from The White. The White Fire OG makes up as the most potent marijuana strain of the year.

It is also known as “Wi-Fi OG” which is covered by a thick layer of white crystals. The THC levels of this marijuana strain range between 25-30% due to which it is also considered as one of the strongest strain.

It is a Sativa dominant which results in high feelings, perfect for a blissful and sunny afternoon. The strain offers the uplifting effects which elevate your mood and makes you feel wandering in the clouds. It shakes up your happiness and creativity levels.

This marijuana strain won the title for cannabis cup with a high THC level i.e. around 32.13% when it was cultivated in Denver by Next Harvest. It is considered as a mysterious strain due to little facts about its history or genetics.

Some people believe that it a combination of Nepalese Sativa and Thai while others say that it is a hybrid formed with the combination of OG Kush and Sour Diesel. It is said that Chemdawg is not for the beginners.

The marijuana strain is a dominant Indica Hybrid i.e. 55% which is renowned for the pungent scent and has a hint of the diesel. Chemdawg is also used for creating the world-famous marijuana strain Sour Diesel.

When Chemdawg is consumed, it offers a cerebral high which is enjoyable. It has a perfect relaxing effect which offers peace and calm to the mind and body. Chemdawg offers the uplifting effects resulting in perfect creativity at work.

It is another crossbreed which produces a powerful strain. Irish Cream is produced by Mighty Irish Seeds which is a type of Indica. It is produced by the combination of Cookies and Cream with Real McCoy that has around 27% THC. The taste of this strain offers the classic flavours of weed so do not expect it to taste similar to Bailey’s.

Irish Cream offers the flavour of pine and fresh herbs with a wonderful experience. This marijuana strain is highly potent which is ideal for the treatment of stress, depression and chronic pain.

You will feel cerebral high initially, and then feel relaxed, happy and sociable. Your body feels the effects within minutes and feels sedated eventually. You can easily consume it during the evening and night as it is a perfect care-free marijuana strain. 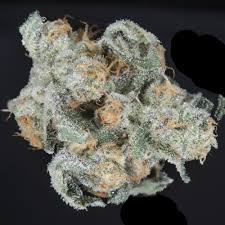 It is an exciting new marijuana strain which is cultivated by the Kush4Breakfast. It is a crossbreed of Girl Scout Cookies, The White and Tahoe OG. It is expected that this marijuana strain will become highly popular on the West Coast as the THC level is around 27%.

It is a highly potent monstrous marijuana strain which offers euphoric effects within minutes. This marijuana strain is perfect for creativity. Eventually, you feel sedated when your body enters the relaxation phase. The sedation lasts for around few hours so stay safe in bed.

The dominant Indica hybrid which is a blend of Strawberry Bubblegum and Crocket’s Banana Kush. It was produced by the experts at Serious Seeds. According to High Times, it is the strongest and most potent marijuana strains on Earth. It is cultivated by Green Country Rebellion and Green wolf LA with a THC level of around 31.62%.

Flowering period is around 8-9 weeks which produces the sticky buds. The standard strains have a THC level of around 26% which makes it the reliable and most potent marijuana strain.

When you consume this strain, it results in cerebral high making you feel focused and relaxed. With time, it results in complete sedation with couch-lock. Strawberry banana is perfect for handling the chronic pain and for users who are suffering from PTSD, depression as well as insomnia.

It is considered as a regal strain which has THC levels between 27-30%. Tutankhamun is the strongest strain of the world. It has extra energy and is an offspring from AK-47.

This marijuana strain is classified as Sativa- dominant hybrid which is unique when compared to the high-producing buds. It has an epic fruity-floral aroma.